On behalf of the Clapham Junction Action Group, we wish you a very happy new year 2010.

We have come a long way since our first battle over the proposed 42 storey towers at Clapham Junction. We have succeeded in stopping that development as well as a proposed 16 storey hotel nearby. As a result, the Council have become more focussed about what residents of our borough truly want, and hopefully their Core Strategy reference document will be amended to reflect this new thinking.
We didn’t set out to become involved in adventures further afield, but in retrospect, there was some inevitability about this happening. What is permitted in the way of ‘tall buildings’ or skyscrapers in any of the borough’s five centres becomes a precedent for developers throughout the borough. It is a virus that spreads.
We realised fairly quickly that ideally we should be pro-active about these matters and not wait to be accused of only being obstructive and against ‘regeneration’ (a word too frequently used by developers when they want to knock something down!). We should have some idea of what we want as well as what we don’t want.
We are planning to arrange a meeting of those who would be willing to join in a discussion of how we might develop as an organisation. That doesn’t mean promising your time on a regular basis …none of us are in a position to do that… but it would be good to know how people think, and if they have any areas of expertise which could be helpful.
Suggested date is

Let us know if you are interested (contact form here) and we’ll send you the venue and exact time a few days before.
We would like to make it clear that CJAG is not a political organisation. We try to represent the views of local residents only. It might occur that we disagree with the Council, but expressing different views, even strongly, does not mean systematic opposition. 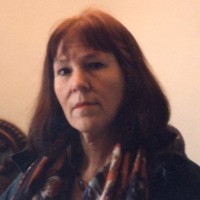 April’s fool joke: why it does work