The Clapham Junction Action Group has published its report to the Planning Officer on Metro’s Revised Plans. The aim of our report is to ensure that the views of the community are properly represented and summarised, and we have therefore conducted a detailed review not only of Metro’s proposals, but also of the hundreds of letters published on Wandworth Council’s website. The letters of objection greatly outnumber those in support, and whilst the former are detailed with reasons given as to why the proposals should be rejected, the ‘letters’ of support are mostly in response to the developers’ postcard campaign or are in identical terms copied to the developers’ PR agents. Campaigns such as this do not call for reasoned arguments and as one local resident put it:

“I am aware that whilst residents have been sent questionnaires asking for views on the improvements needed at the station … I do not recall one asking for confirmation of agreement to a 42 storey tower. It is therefore misleading to state that the development has incorporated meaningful consultation.”

Whilst the full submission from Metro consists of many hundreds of pages, it is clear that very little has changed since its original application. The proposal still contains plans for two 42 storey towers, and a 23,000m2 shopping centre to compete with local shops.
CJAG’s main objection is to the appearance of the development and its lack of any human scale. Our report refers to planning guidelines which require tall buildings to be in context to the local environment and take account of the character of the area. MSF’s plans, by contrast, compete so violently with the surrounding area as to overwhelm and change its character entirely. The small footprint of the site is set to be developed beyond its reasonable capacity with the addition of 556 new flats and 23,000m2 of retail space, representing an urban density far in excess of anything that exists currently within over a mile of the site.
No independent analysis appears to have been commissioned on the impact of the towers on protected viewing corridors, and it is clear that their prominent location on the crest of the London Escarpment means that they would be highly visible from all parts of Battersea and most parts of London.
Our report draws on the overwhelming opposition within the community (615 objections on Wandsworth Council’s site (up to 23rd April)). Notwithstanding the Council’s policy on tall buildings (which CJAG believes should be reconsidered), the Council has a duty to take these objections into account and consider this to be the predominant case for rejection of the current proposals.
In addition, there are a great many other reasons why Metro’s proposals should be rejected when they are considered by the Council’s Planning Committee on 20th May. These include:

The proposed retail development is considered to be unnecessary and having the potential to overwhelm the existing retail centres on St John’s Road and Northcote Road with numbers of predominantly chain outlets. Northcote Road currently enjoys a status as London’s most popular shopping street, whilst St John’s Road is attracting new ‘status’ outlets all the time. The area enjoys a wide range of shopping from cheap discount outlets right through to expensive boutiques, high quality independent food shops and a department store. No fewer than 7 supermarkets currently operate in the immediate vicinity.
It is therefore difficult to see what case can be made for such extensive additional retail provision at Clapham Junction. No independent retail capacity study appears to have been carried out. Metro’s own Retail Impact Assessment does not adequately demonstrate that the proposed shopping centre development would not cause further detriment on the vitality of the existing shopping and local market areas within St Johns Hill, Battersea Rise, Northcote Road and Battersea High Street – providing competition with these local retail centres and re-aligning pedestrian movements away from the principal cross-roads, discouraging movement in to Northcote Road.

Loss of Jobs and Failed Opportunity for Business

Metro’s proposal involves the compulsory purchase of offices belonging to the only significant office employer in the area, the Public and Commercial Sector Union (PCS). With such great accessibility to Central London, both airports, and the highly skilled and qualified workforce of South West London and Surrey, this location could easily attract a major international company as an occupier, lifting up the business profile of Wandsworth as a whole. The scheme completely fails to take full advantage of the site location, and in doing so represents an irreversible blight on that opportunity.

Since the current station is set to be destroyed, it can be no part of Metro’s Section 106 commitments that a new station will be provided. These matters should be discounted and other Section 106 commitments required. A sizeable provision of affordable housing, in line with Wandsworth’s Council’s guidelines should be committed. Provision of affordable housing might to some extent, alleviate the demographic impact of starter homes for executives and buy-to-let investments being the sole focus of the site.
Insufficient affordable space in Clapham Junction also presents an issue for supporting more arts and creative industries in the area; essential for incubating independent trade and providing the context to create more cultural activity in the area. This would be important for creating a town centre with a point of difference.
[more information on section106 here]

Metro’s wind tunnelling analysis considers insufficient locations on the station platforms, but demonstrates that in two out of the four locations measured, wind conditions are considered to be ‘unacceptable’. Unacceptable conditions will also be felt on the cross roads outsider the Falcon Pub and Arding and Hobbs. This situation is completely insupportable. One has only to visit Canary Wharf to experience the effects of wind tunnelling. On raw winter days the effects are miserable, and barely less so at other times of the year.

Whilst Metro has not seen fit to comment on the viability of the scheme under the present economic climate, it is noted that the Council does not consider that the development is likely to proceed in the near future. This matter will blight properties in the area for the foreseeable future. In addition, it is not at all clear whether present proposals including the Exemplar Scheme, South West Trains’ proposal to open a third entrance to Clapham Junction Station and plans for a further medical facility in the area, will proceed if the scheme is approved. These much needed improvements would be of real and immediate benefit and should not be put on hold pending a highly speculative development which may not proceed at all.

It is simply not sensible to approve an application which has no economic viability in the near future, and far more sensible to consider such proposals at times when they are more likely to proceed immediately. Such an approach would limit the impact on local residents, whilst allowing time for alternative and more popular proposals to emerge.
What is called for is a complete rethink of the strategy for Clapham Junction and the uses that the site might best be put to. Given the hiatus which exists as a result of the present economic climate, there may well be an unprecedented opportunity now to do so. Whatever plans emerge from such a process should be sympathetic in scale and directed to the needs of the local community. They should take as their starting point the creation of a proper station that reflects Clapham Junction’s strategic importance, the benefits of local work opportunities, and the need for affordable homes.
At the present time, however, the Council has a duty to reject Metro’s proposal for all of the reasons stated above. The community has spoken in unprecedented numbers and their views deserve to be recognised. 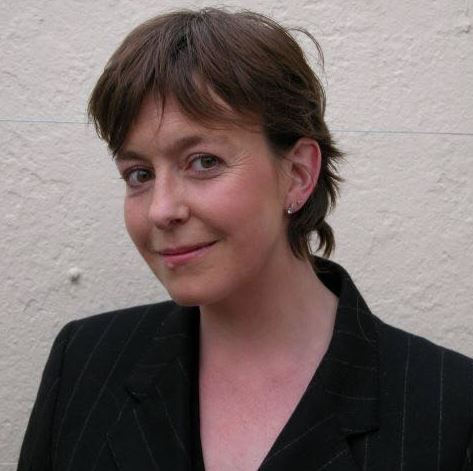