A small victory for all of us
We have just learned some wonderful news. Do you remember Transport for London’s wish to abolish 145 pedestrian crossings (with traffic lights) across London – eight of them in our Borough (see Wandsworth Living Streets: inaugural meeting)? The idea was to speed up road traffic, with pedestrians (and cyclists) once again paying the price. The crossings appeared to have been selected for abolition without rhyme or reason. TfL admitted they had not conducted pedestrian movement surveys. And TfL seemed not to have thought about why the crossings had, at considerable expense, been built in the first place!
Objections were raised – by individual residents including Jonathan Callaway (Vice-Chair of the Putney Society), London Assembly member Jenny Jones, Wandsworth Councillors Jane Cooper and Steffi Sutter, and, not least, by Wandsworth Living Streets which held an alert with Wandsworth Society Chair, Valerie Taylor, and Wandsworth Friends of the Earth at Kimber Road on 28 September.
Transport for London has now told Wandsworth Council officers that they are withdrawing all eight of the proposed pedestrian crossing abolitions in our Borough.
Congratulations to everyone involved, including our own Councillors who took up the issue!
Of course, we must remain vigilant. TfL may try to abolish other crossings. And as one of our members, Eva McCartney, says, there is still the problem of the timers on many pedestrian crossings being set for too short a time for elderly or disabled people to cross roads without feeling threatened by the rush of traffic resuming.
Have a happy – and warm, I hope – holiday season over Christmas! 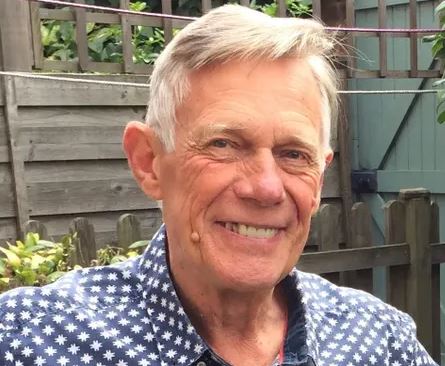 Secretary, Wandsworth Living Streets.
Winner of the 20’s Plenty for Us 2017 Campaigner of the Year award have steadfastly campaigned for 20mph limits in the London Borough of Wandsworth for many years. The campaign evolved to include lower speed limits in a wider programme of improving the quality of life in Wandsworth and reducing road danger.
Robert passed away on the 31st January 2022.