shiWe learned this week that the Secretary of State has refused planning permission for a development in Ealing town centre for a 25-storey tower and 6 further blocks of between 2 – 11 storeys, by architects Foster and Partners (full report HERE).
A piece of very good news for the Wandsworth objectors (ie. most of the local population of all political parties and none) is that the formidable Russell Harris QC [representing Minerva in the Ram Brewery Inquiry], who conducted the case for Minerva and was also the QC acting for Glenkerrin at Ealing, did not win. We thought he might be unbeatable!
The proposed scheme is different from that for the Ram site in many respects but there are interesting similarities. The area around the site is similar to Wandsworth, a mixture of very old, of Victorian (2-6 storey), and more recent buildings of doubtful merit. There are also many listed buildings nearby.
The main differences are that the proposed tower is ‘only’ 25 storeys high and there is only one. The proposed density for the site is way above the highest required level in the London Plan, and Ealing is categorised as a Metropolitan Centre as opposed to a Major Centre for Wandsworth.
However, euphoria over the result must be dampened down somewhat because, as one reads through the inspector’s report, one wonders when he will find anything to oppose. It is a glowing appraisal of the benefits of landmark towers and their suitability on town centre sites, of the benefits that very high density can bring, and of how the scheme conforms to the London Plan and Ealing’s UDP in nearly every way.
We are soon made to understand that any thoughts that well-researched objections to density, building standards, lack of public open space, traffic generation, poor public transport, wind around towers, retail needs, affordable housing, parking spaces, etc etc, might because for rejection is in the realm of wishful thinking. They were all considered but brushed aside.
Feeling more and more depressed but realising that there must be a rainbow at the end one comes to paragraph 685. Ah, at last!
Here PPG 15 is spelled out ‘environmental stewardship demands protection of the historic environment’, and London Plan Policy 4b1. requires that ‘development proposals should protect local history, context, built heritage, character and communities’ and finally in paragraph 797 (of 802)
“Notwithstanding these clear benefits [as defined throughout the report] the design would be inappropriate in its surroundings, and would fail to preserve or enhance the character or appearance of the Town Centre conservation area…”
Para 802 recommends refusal by the Secretary of State. He said:

Notwithstanding […] clear benefits, I consider that the bulk, massing and certain aspects of the design would be inappropriate in its surroundings, and would fail to preserve or enhance the character or appearance of the Town Centre conservation area, and the setting of Haven Green conservation area, for the reasons set out in full in my consideration of the main issues. The massing of development facing Haven Green, and the elevations to Ealing Broadway are of particular concern. The height of the southern elevation of the scheme would in my judgment also harm the setting of the Grade II* listed Church of Christ the Saviour, diminishing its role as an important Town Centre landmark. While I accept that, considered in isolation, the design of the proposed tower is of high architectural quality, I consider that it would not contribute to the distinctiveness and identity of Ealing, and would be dominant and overbearing in the predominantly low rise context of Ealing Town Centre and development surrounding Haven Green. […]
I recommend that planning permission for the application should be refused.

It is clear to see why Russell Harris is in great demand by developers at Public Inquiries. His documented case takes every objection, however slight, and pulls it apart in a logical and clear manner. However, he is not immune to picking policies from either current or emerging plans to suit and then suggesting the one not chosen is irrelevant. He also shows his irritation with the “articulate and educated section of the community” whom he thought “wasted much time over issues not identified by the S of S“.
So in the end it all came down to landmark towers being suitable in the right place but heritage and local context comes first. Hooray. Let us hope our inspector comes to the same conclusion.

The decision follows a public inquiry earlier this year into the high-rise £500 million project backed by developer Glenkerrin which would have created 567 homes.
The Secretary of State agreed with the planning inspector that the development of the 1.7ha plot would have had a ‘dominant and overbearing impact’ on the area and ‘seriously detract from [its] distinctiveness and identity’.
After winning the Mayor of London’s backing earlier this year, the whole project was called in by previous Communities Secretary Hazel Blears.
More:  architectsjournal.co.uk

The Secretary of State considers that, although the application proposal is broadly in compliance with the development plan in many respects, there are significant areas of conflict, most particularly in relation to design principles and conservation. He also considers that the proposal does not fully accord with national policy in PPS1 and PPG15 in these respects. He has therefore gone on to consider whether there are material considerations of sufficient weight to overcome these.
He acknowledges that the proposed scheme would deliver a number of substantial benefits and fulfil some important objectives of development plan policy by contributing strongly to the Council’s regeneration objectives including reinforcing the status of Ealing as a Metropolitan Centre. The scheme would include, among other benefits, a landmark tower of high quality design and attractive pedestrian streets and spaces which would improve the permeability of the site. It would also deliver a significant volume of housing. Against these benefits, however, the Secretary of State considers that the bulk, massing and certain aspects of the design of the scheme would be inappropriate in its surroundings. It would fail to preserve or enhance the character and appearance of the Town Centre conservation area and the setting of the Haven Green conservation area, as well as harming the setting of the Grade II* listed Church of Christ the Saviour.
In coming to his decision, the Secretary of State has taken full account of the views of CABE in their support for the quality of the proposed buildings and streetscape improvements that the proposed scheme would deliver. However, he notes that CABE’s views did not include consideration of the way in which the scheme would relate to its wider surroundings, and he regards that as a key design objective of PPS1. He sees it as essential for the design qualities of the proposal to be considered in context, and he considers that its dominant and overbearing impact would seriously detract from the distinctiveness and identity of Ealing Town Centre and the Haven Green area.
Overall, therefore, the Secretary of State concludes that, although the scheme would comply with some specific development plan policies relating to the regeneration of Ealing Town Centre and would bring many benefits to the area, these are of insufficient weight to determine the application other than in accordance with those national and development plan policies relating to conservation and design in order to ensure that the distinctive existing character of the area is maintained. 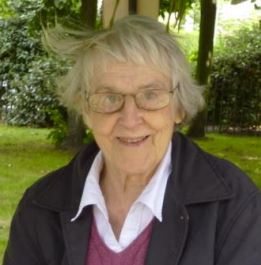