The new members for the different Council Committees have been announced. The chairs of those committees will complement the Cabinet figureheads, overseeing their policies.

For example, Aydin Dikerdem, Cabinet lead for housing, will have his work scrutinised by the housing committee (where he was actually previously opposition speaker) and his colleague Labour Councillor Paul White as chair.

I'm an energy champion? Better get in the gym!! Also really pleased to be the new Wandlworth Borough Housing Chair, working under @AydinDikerdem overseeing policy long in germination.

For each committee, we will give the name of the new chair (Labour) and opposition speaker (Conservatives). We are only listing the most important ones for most members of the community, but you can find the full list HERE.

Tony Belton was for a very (very!) long time the opposition speaker on this Committee. In the last few years, the role passed to Graham Loveland (who voted with the Tories on some controversial decisions, there and maybe here). Mr Loveland lost his seat by more than 400 votes in West Putney. Tony Belton was the Leader of the Council when Labour lost the election in May 1978 (see his latest blog post) thus has been in the opposition for the last 44 years, having been constantly re-elected as Councillor for Latchmere ward.

If Labour intend to carry on with the organisation of the bi-annual Planning Forum (a meeting where representatives of community groups and societies in Wandsworth can discuss planning matters with officers), he will chair this meeting.

It will certainly be the occasion to talk about our planning reform aspirations, as we received positive comments from his part when it was first discussed in 2018.

In the last few years, Guy Humphries was Chair of the PAC and will now be opposition speaker.

It must be also noted that Ravi Govindia, the former Conservatives leader, will seat in this committee too, as a member of the opposition, a role that he has never had since elected in the Council. 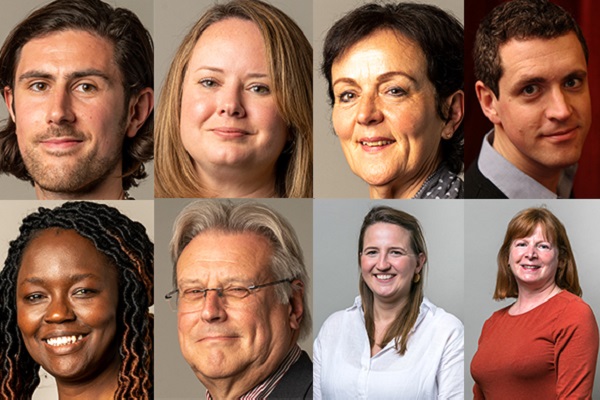 Last but not least, the Executive committee is solely made with members of the cabinet. You will find names and comments in our previous article.

What are Council Committees

Council committees are meetings of about 10 Councillors in charge of discussing and reviewing the policy put forward by the Council Executives (i.e. the cabinet members). Committees study issues, may decide recommendations for consideration by the council and approve policy papers put forward by the officers in charge of the different departments.

Members of the Committees are decided by each party and positions given depending on the weight of the party. For example, if Labour have got 60% of the Councillors and the Conservatives 40%, you will find usually 6 Labour councillors and 4 Conservatives in a committee. The Chair has got a casting vote in case of equality.

Some committees are treated slightly differently because they are regulatory committees, which means that they can take legal decisions. This is particularly the case for the Licensing Committee and the Planning Application Committee.

The Licensing Committee is a ‘quasi-judicial’ process where matters are decided under the Licensing Act 2003; licences for the sale of alcohol, public entertainment, cinemas, theatres, late night refreshment houses, and night cafés opening hours.

The Planning Application Committee is the place where councillors assemble to decide whether planning applications should be approved or rejected and whether approved applications should have planning conditions or planning obligations attached to them. It is a formal administrative process involving the application of national and local policies, reference to legislation and case law as well as rules of procedure, rights of appeal.

In order to be helped in their decision, planning officers will have prepared report with recommendations that the Councillors will have to decide upon.

As this is a regulatory committee, normally it is acknowledge that there is no group voting (no whip) and each single Councillor is free to  make his own decision. In practice, many councillors may actually promote the party line as we saw many times in Wandsworth decisions. As an example, we will remember Guy Humphries, the Tory chair, who commented on the Tory Council’s strategy to promote developers before residents, for a specific application in October 2019 in Osiers area:

“This site was the final piece of the jigsaw in the masterplan and that residents would have known this when moving into the area. Masterplans tended to evolve and that it would not be fair to punish the developer because residents had previously enjoyed certain levels of space and light.”

“If you think you have a new way looking at planning, well nothing will happen”.

Not showing predetermination does not mean you cannot get opinions

The government’s rules for planning explain that:

“Members of a planning committee, Local Plan steering group (or full Council when the local plan is being considered) need to avoid any appearance of bias or of having predetermined their views before taking a decision on a planning application or on planning policies.”

By fear of showing predetermination, many Councillors refrain to get in touch with community groups and societies to discuss specific applications. However, not saying what one intend to vote does not mean that the subject needs to be completely avoided.

In the government’s guidelines, lobbying is acknowledged, but a lot of care must be applied:

“Lobbying is a normal part of the planning process. […] the common law permits predisposition but nevertheless it remains good practice that, when being lobbied, councillors (members of the planning committee in particular) should try to take care about expressing an opinion that may be taken as indicating that they have already made up their mind on the issue before they have been exposed to all the evidence and arguments. “

As such, although the guidelines recommend to avoid giving any advice about the process and what can and can’t be taken into account, this not mandatory.

Section 25 of the Act also provides that a councillor should not be regarded as having a closed mind simply because they previously did or said something that, directly or indirectly, indicated what view they might take in relation to any particular matter.

And the government’s guide gives a clear example:

In the past, a good example was given by Councillor Belton (who has more experience of the planning committee than anyone else, having sat there for nearly five decades!). In 2009, attending a public meeting about the Twin Towers proposal for Clapham junction station, he declared:

“I’m officially not meant to pre-judge. It’s like being a member of the jury. All I can say is that I’ve never voted for a 42-storey block before and I will be interested to hear the arguments that will persuade me to do so.”

Local Election: an opportunity for CJAG?