I would like to put forward a number of thoughts as a possible basis for any discussion that there may be about design inclusions for projects at Clapham Junction.

At ‘The Junction’ there are quite a number of sites many of which are of similar importance to each other, and none should be allowed to appear to be more important than it really is. Significant properties belong to PCS; Shop-Stop; the Windsor Castle Pub; Network Rail; the land that Asda, Boots, Lidl, etc. are collectively situated upon; and – by no means least – all of the different property ownerships North of the Station. I believe that each of their interests, and value to the greater Community, must all ‘matter’ equally.

There are also many other ownerships that provide much, if not most, of the vitality of the whole area including all of the other businesses that operate on both the south-side of the Station along St John’s Road and St John’s Hill, as well as those along Falcon Road to the north.

I relation to individual properties and schemes for them, I as an architect personally believe that there should be far, far more to architecture than merely ‘how any individual building looks’. However, by no means all of my colleagues agree with me on this, and one can see from what has already happened around the Station that looks can matter a great deal.

Firstly perhaps, ease-of-access and circulation must be of paramount importance in any Town Centre area. This is so for pedestrians most particularly, far outweighing the convenience of those who are ‘merely passing through’. This must be so even though these latter may be persuaded to eventually ‘come-back’ by their ‘visual discovery’ of the area that they may be ‘going by’.

Activities that can be incorporated and how they relate to each other and interact to add to the urbanity of any locality must also matter a great deal, whether such activities be (for instance) offices; shops; places of public-meeting; centres for education; workshops and factories; or the most important aspects of transport facilities as highlighted by ‘getting-on-and-off positions’ for general users of the Town Centre or, perhaps less importantly, as storage as illustrated by provisions for car-parking, or as stand-by areas for off-peak buses and trains. Importantly too, what is to be the role of the cyclist in all of this?

Residential properties can also add greatly to the vitality and convenience of the Centre but the restrictions that the naturally higher densities that such sites impose, require particularly thoughtful consideration whilst attempting to sort out design conclusions. For instance, do individual properties require space for outdoor living? What happens to the needs of children? Can there be any facilities for community life? What is an acceptable level of visual intrusion or of overlooking?

‘Green Issues’ and Global Warming generally are clearly extremely important so that ways that building forms are developed must matter considerably.

I expect that a number of other issues could be added to these, but I believe that the above considerations could make a useful basis for conclusions that could form a workable ‘Design Brief’. 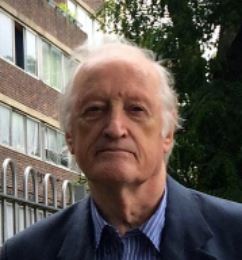 Peter Deakins is a British architect who, following an involvement in the design and construction of Golden Lane Estate as well as the original Barbican Centre designs, later created the master plan for the Lancaster West Estate in the mid-1960s, of which the Grenfell Tower was part.